This post was originally featured on the Minerva’s Kaleidoscope blog for kids and families. We’re excited and grateful to be able to re-share about this opportunity to experience Citizen DJ at the virtual National Book Festival next week!

Citizen DJ is an application that allows anyone with access to a web browser to explore thousands of sound samples from the Library’s archives. You start by picking a Library of Congress collection, then sonically explore by scrubbing over a wall of samples. Listen to a sample in context, check out more information on the Library’s website, pop the sample into the Citizen DJ DOM (a bit of computer code dictating that a song play over again) to make a loop, or download a sample pack to use in your own music production software. 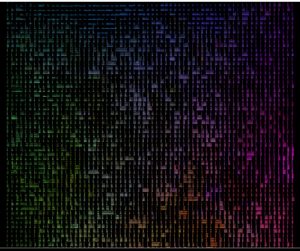 The sound explorer allows you to scrub over and listen to thousands of sound clips.

Citizen DJ was created by Brian Foo, the Library of Congress’s 2020 Innovator in Residence, after a year working with curators around the Library. Brian grew up near New York City during the Golden Age of hip hop listening to artists like De La Soul and A Tribe Called Quest. He was a b-boy who became a data visualization artist, and that background inspired him to create a tool that would unlock a new generation of DJs and sample-based music. According to Brian,“Hip hop is all about innovation [and] pushing the boundaries as the next generation comes along.”

Much of his year at the Library was spent researching and identifying sound and film collections to sample that were free to use, enabling music producers and artists to create and even sell the music they made with Citizen DJ. Creators can find an eclectic mix of spoken word, skits, songs, and instrumental music spanning over 100 years of history. 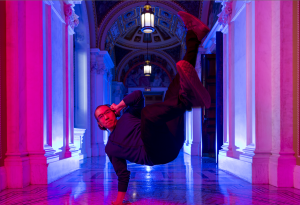 Rashard Dobbins, a CEO and co-founder of Class Act Detroit, decided to incorporate the tool into his summer programming. Class Act is one of several not-for-profit educational programs around the country empowering and supporting young creators through hip hop.

Rashard and his co-founder Adrionna found Citizen DJ to be an amazing resource because it “allows us to do what those who are part of Hip hop culture do best, which is to upcycle or recycle art and history. [Citizen DJ allows us] to dig through this plethora of amazing film recordings and interviews. Citizen DJ really drew us in especially as a resource for our students.”

Alyssa and Alena, fifteen-year-old twin sisters who live in Detroit, became interested in music making when Class Act Detroit hosted a mobile art program at their local library. Within a year, they were beatmatching (creating tracks by transitioning between similarly-tempoed recordings), making loops with a DOM, and even composing songs, clips of which will be featured in the Citizen DJ Showcase at the National Book Festival. Alena particularly enjoys the overlap of her artistic and musical talents, “I’m hoping my music might help me make my own soundtrack.” 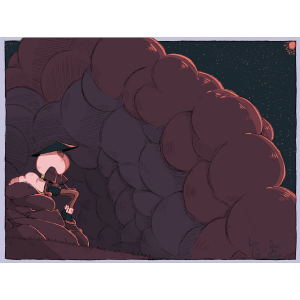 Working with Class Act, PATH in Miami, and Solidarity Studios in Chicago, creators of all ages and DJ-ing experience levels created beats with Citizen DJ and participated in discussions with Library staff about the history of the sounds they were hearing. In the spirit of the re-mix, the Library commissioned Canadian DJ Kid Koala to produce a DJ set with them that will premiere online at this year’s National Book Festival. He has toured with A Tribe Called Quest, Radiohead, and the Beastie Boys, and contributed to scores for films including The Great Gatsby. He “was amazed by the tracks that all the participants had made. There was such a variety of great styles, tempos and moods. I approached the mix more like it was a beat tape, an intercity beat tape showcasing the work from these wonderful new producers.” 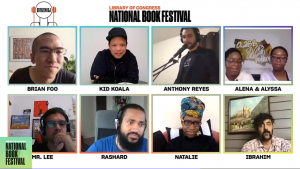 To watch Kid Koala’s “Intercity Beat Tape” and Brian’s discussion with Alyssa, Alena, Rashard and other creators and educators using Citizen DJ, check out the teen special or visit the Citizen DJ Booth at the National Book Festival under the “Explore the Library of Congress” tab. Virtual visitors will have the opportunity to create beats using Citizen DJ and ask questions to Brian and Library of Congress staff on Friday, September 25th from 3-5 pm and Saturday, September 26th from 2-4 pm at the booth. We can’t wait to talk to you!