In January, the LC Labs team welcomed Charlie Moffett as he kicked off his innovation internship with the Library of Congress. He’s been exploring digital collections and geospatial data and where the two might intersect to tell stories about place and change. We checked in with him to learn more about his goals, background, and experiences so far.

Hi Charlie, we’re excited that you’ve joined the LC Labs team this spring. Would you tell us a bit about your background?

At the moment I’m finishing a Master’s degree in New York at the NYU Center for Urban Science and Progress, where I study cities and the applicability of “big data” analytics to civic problems. The program itself, which is just a few years old now, was founded on the premise that recent trends in global urbanization and digitization are creating new challenges and opportunities for understanding and improving cities throughout the world. When I first learned about the fledgling field of “urban informatics”, I recognized that critical perspectives from the social sciences were going to be not only pivotal to how this new wave plays out, but also potentially overlooked or cast aside in the heat of tech fetishism. So I saw a chance to bring my experience with comparative study, field work, and systems thinking from anthropology to the developing urban data science stack and revitalized examination of urban experience. 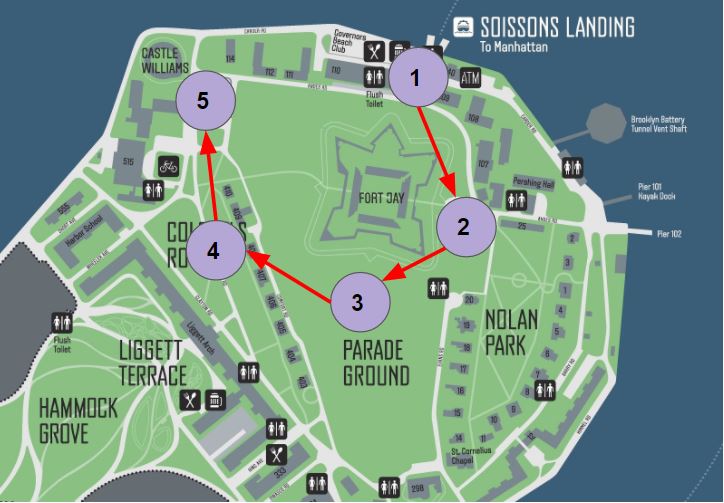 As a remote intern for LC Labs, my work with the Library is influenced in part by the sorts of questions around data and the urban experience that I encounter through my coursework. For example, I worked with the Mayor’s Office of the Chief Data Officer in San Francisco last summer on a research project examining the use of algorithms in local government and consequent ethical considerations, which more recently helped to inform New York City’s legislative strategy for automated systems.

I’m also interested in developing tools and resources to augment experiences of public space by connecting our impressions and shared understandings of place. To that end, I’ve initiated some projects that integrate archival collections with other contemporary streams of information, including crowdsensing frameworks and open geospatial data. These are aerial views of historic buildings on Governors Island, New York City, where the chatbot prototype is being deployed. 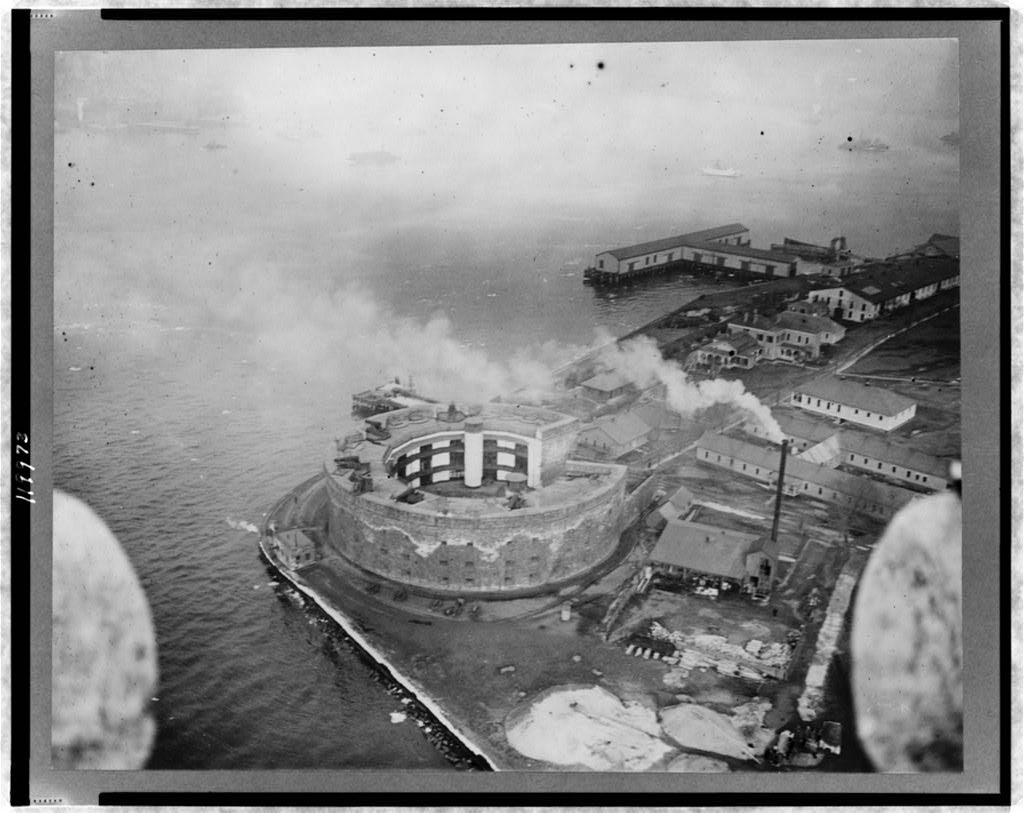 We originally asked for people to join us and to create a Twitterbot. You proposed a bit of a spin on that goal. Can you tell our readers a bit more about what you proposed to do while with us – and how that has evolved since you’ve joined us?

I learned of LC Labs after attending a presentation from the team behind the NYPL’s NYC Space/Time Directory. I was inspired by the programming model and sets of resources that they were developing to help make urban history more accessible. When I came across The Signal and saw the opportunity to create my own web applications with National Digital Initiatives and experiment with the loc.gov JSON API, I couldn’t apply for the internship fast enough! It was a chance to blend a set of interests from the spectrum of digital scholarship that don’t necessarily overlap elsewhere in my work, or at least in the same ways I’d be able investigate with LC Labs.

Last month, I managed an in-person visit with LC Labs and met with various staff from the Library that could help guide my projects. The trip was transformational for me in that, as a result of these discussion, my vision for working with the collections would no longer focus exclusively on computational uses of Library content, but expand to include the people and processes behind data stewardship and their role in the stories I wanted to tell.

What a critical component of understanding and accessing collections and data here at the Library. With which teams and divisions have you met and how did their work and reflections inform your project?

I sat with generous and insightful teams from Chronicling America (Serials & Publications), the Veterans History Project, and the Law Library to scope out a virtual tour guide I was planning to build for visitors of Governors Island in the New York harbor. Along with two of my peers from CUSP, I’m now putting the finishing touches on a ‘chatbot’ prototype and will be demonstrating it next month to local stakeholders. One of the features we’ve decided to focus on in this project is location intelligence, which powers both the wayfinding and place-based learning components of the user experience. That geo-enablement in turn allows us to serve context-aware content from Library collections directly into the palms of visitors on the island. My hope is that by documenting our design and implementation decisions, more historic districts and heritage sites will be inspired to replicate and improve upon the toolkit. 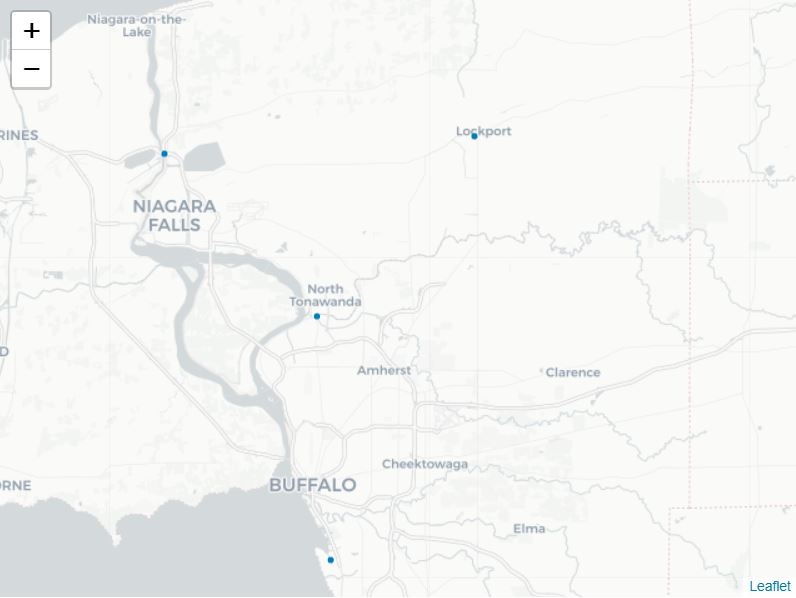 In collaboration with the Prints and Photographs Division, I’m also writing a Jupyter notebook tutorial on geospatial data mining through the loc.gov API. It uses the Historic American Engineering Survey as a case study to extract and visualize item locations, with special attention paid to the history and context of those data. Instead of focusing on the map as an access point to collections, it is intended to serve more so as an instructional tool for initiating geographic analysis while building and maintaining a critical awareness of what the data itself will and won’t allow you to do – and why that might be. 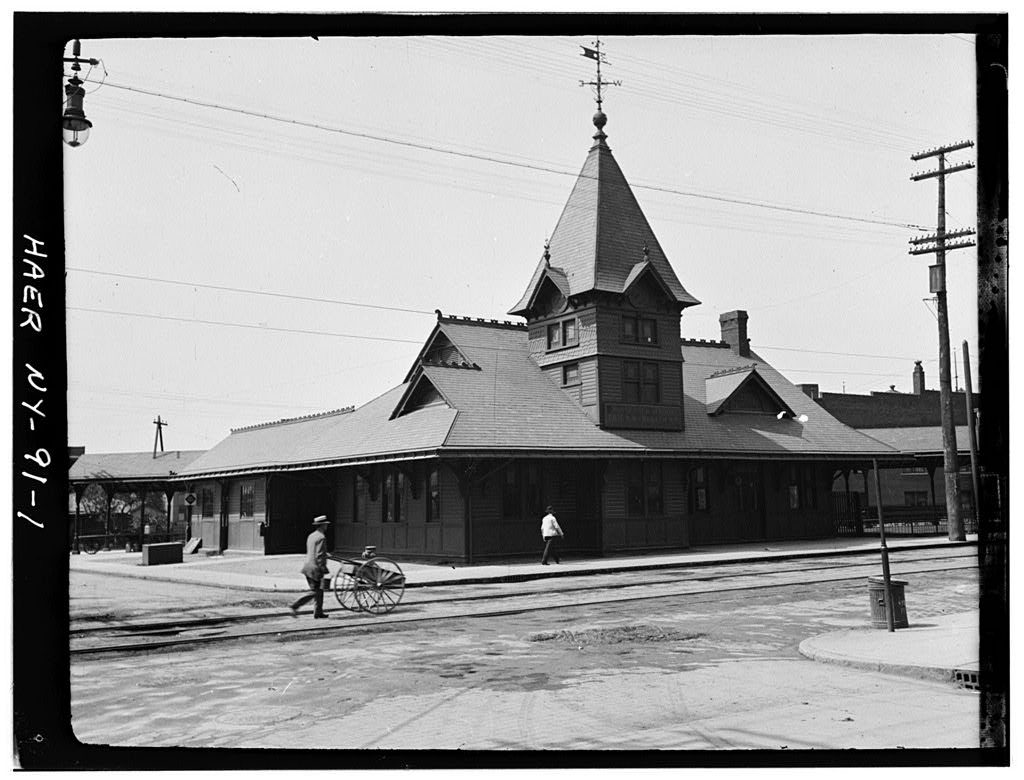 These projects will be hosted on GitHub, where you can find my code for these workflows, as well as more details about some of the design considerations and compromises that my teammates and I have made along the way.

Thanks for sharing with us, Charlie! We’re looking forward to seeing your prototype and digging into the documentation. Perhaps you’ll share a blogpost with us on the process?

← The role of the self in the research process: reflections on researching the REF as a PhD student
RDA 11th Plenary Berlin: Active DMP Excitement →