This is part six in a seven part resource guide for digital scholarship by Samantha Herron, our 2017 Junior Fellow, is is a short but useful introduction to doing network analysis with data based on collections. Part one is available here, and the full guide is available as a PDF download.

Examples Kindred Britain networks nearly 30,000 important figures from British culture connected by kinship, marriage, etc. Users can select two individuals and see how they are related and through who and across how much time. 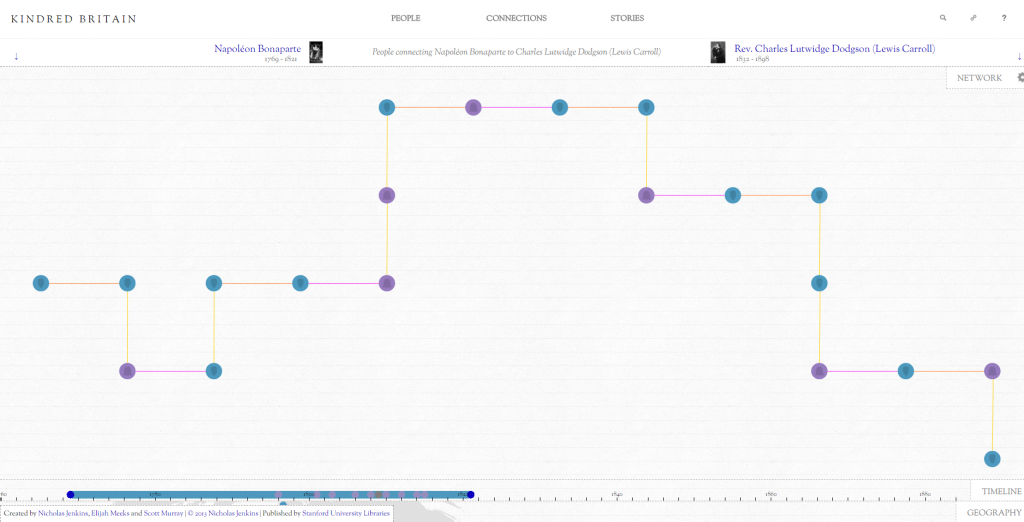 Martin Grandjean’s network visualizations of Shakespeare’s tragedies represents each character as a node connected to each other by an edge if they appear in a scene together. 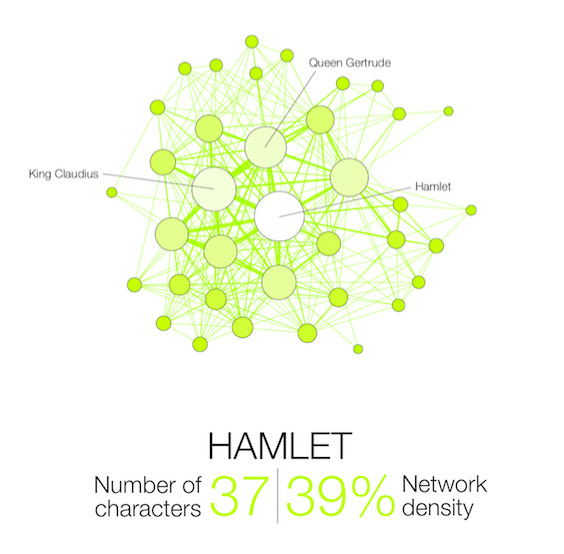 Network diagram showing the characters in Hamlet who have scenes together.

Gephi is the tool most often used for network analysis projects. It’s free, open-source, and well documented. An introduction/tutorial to Gephi by Martin Grandjean can be found here.

Scott Weingart’s article Demystifying Networks, Parts I & II in the Journal of Digital Humanities covers some of the conceptual issues of network analysis.

For more by Elijah Meeks and Scott Weingart, here is a round-up of their posts on network analysis.

Here is an introduction to Gephi from Martin Grandjean, creator of the above Shakespeare tragedy visualizations.

Next up is the final post in the series, a roundup of digital scholarship resources to follow.

← Science community blogs: recognising value and measuring reach
Why going to university in the UK is still a wise investment →