The following is a guest post from Library of Congress Labs Innovation Intern, Aditya Jain. While exploring the possibilities of digital collections, Aditya created @newspaperbot. Below he shares his process, some of the challenges he encountered, along with the code.

The idea of a Twitterbot was inspired by Kate Rabinowitz’s @LoCMapBot which tweets out maps from the Library of Congress Geography & Maps digital collections. 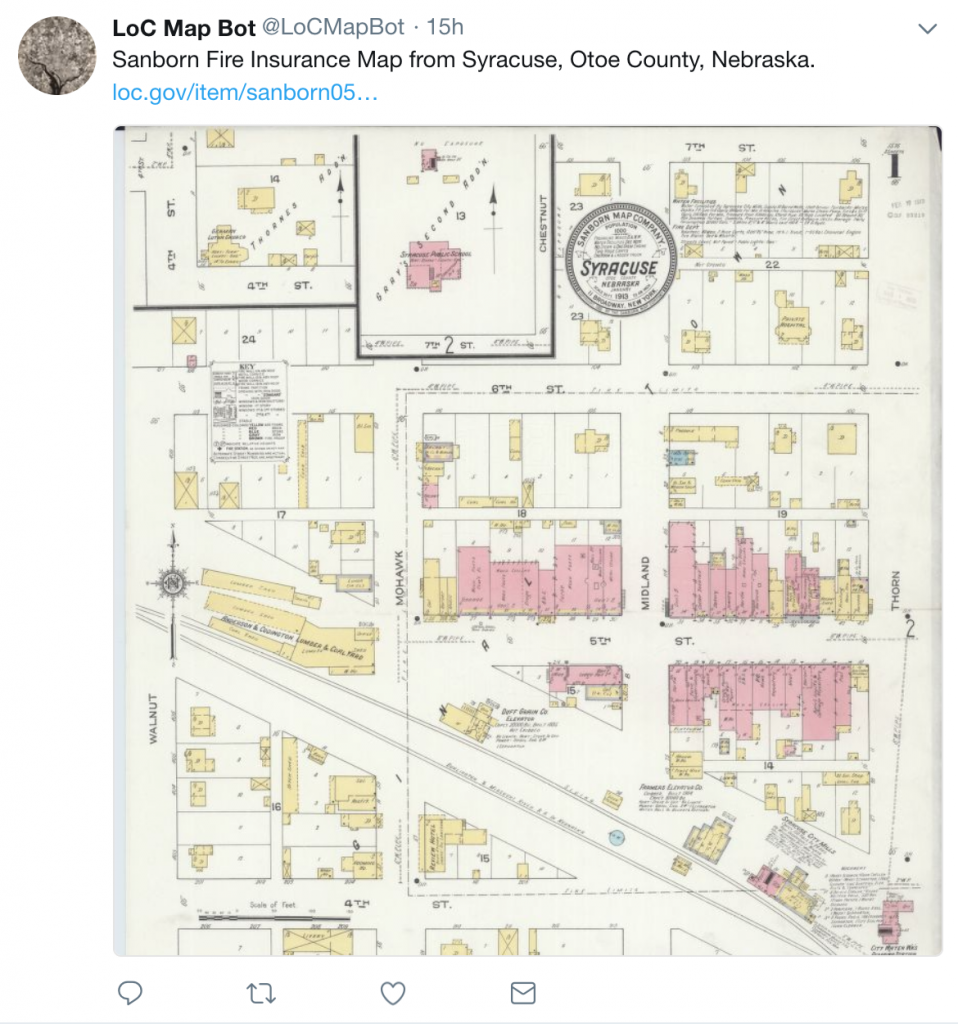 Building on Kate’s idea, “Newspaperbot” tweets newspapers from 100 years ago each day. By doing so newspaperbot attempts to create a narrative that reflects the slow quotidian pace of history. It is hoped that such a narrative encourages the reader to reflect on American progress and history.

Finding the data for such a project was tremendously easy thanks to the simple and intuitive Chronicling America API. The public endpoint that yields the front page for a given date such as the 12th of January, 1918 is the following:

A simple GET request to the endpoint above yields a JSON object such as the following:

Each newspaper in the returned JSON is represented by an object. For instance, the snippet above represents the ‘Hopskinville Kentuckian’ that was published in ‘Hopskinville, Ky.’

For “Newspaperbot,” four fields were of relevance: The label representing the name of the newspaper, the place of publication, the medium url that will return a JPG of the front page that can be tweeted out, and the URL that leads the reader to a high resolution version of the newspaper in case they wish to explore the newspaper further.

Create a new app and head over to the ‘Keys and Access Tokens’. This is where you will generate 4 things that we require for our python script to interface with the Twitter API:

Note that these strings are NOT to be shared with anybody. Remember to delete the strings from your code before you push your code to Github. 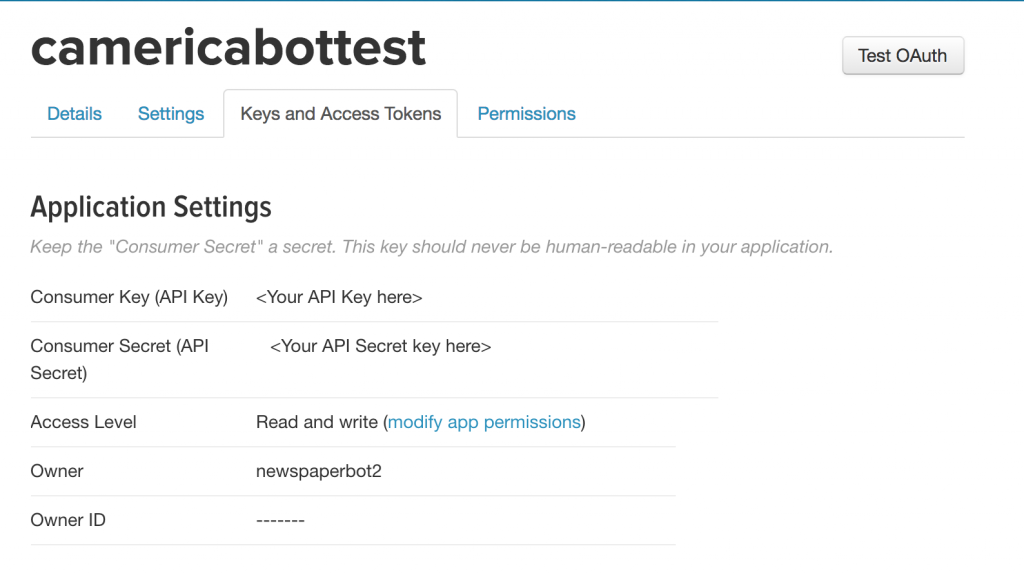 The code for this project was initially written in Node.js, before being ported to Python. We will only discover the Python version here but the reasons for porting the code to Python were two-fold:

The code for the project is fairly straightforward and less than 100 lines. If you want to jump ahead and just see the code you can do so here. I’ll give a high-level walkthrough of the code down below.

The snippet above describes actions that occur in the main thread. We use the schedule python library to pre-fetch all newspaper images for the next day at 11:15PM local. The function that gets called at 11:15PM, getPictures, fetches the next day’s list of newspapers in the JSON format discussed above, and launches 8 threads to divide the workload of downloading all newspaper images. Once all the newspapers have been downloaded, the script schedules the tweeting of pictures to commence at 4 AM next day. 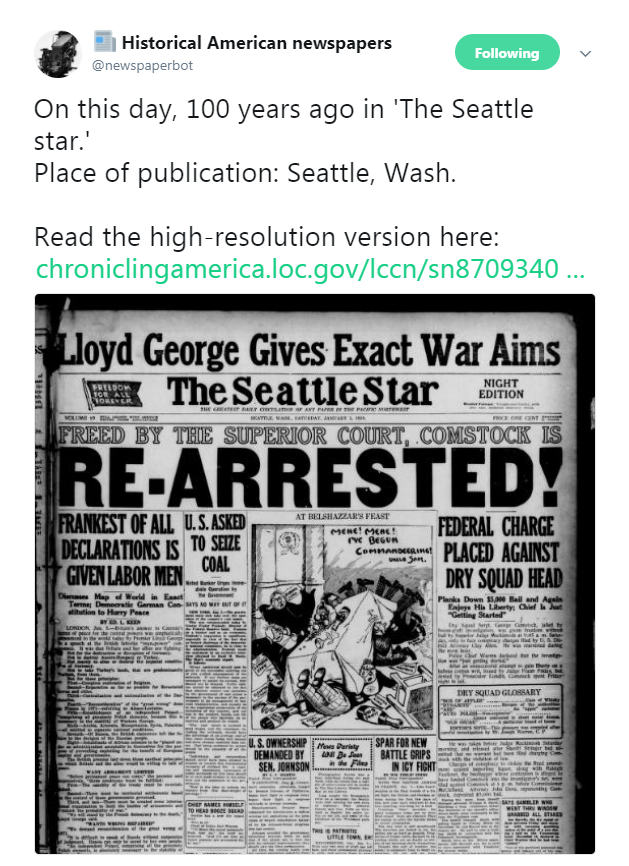 A function is run at 4AM and is responsible for tweeting out all the images. It loops over the length of JSON object, which represents the number of newspapers on a given day. In order to not spam the readers’ timelines we must ensure that all tweets on a given date our tweeted out in a single thread. To do so using the Twitter API one must do two things:

Note that the first tweet in a thread will neither have a previous tweet nor begin with a username.

We must also catch any errors the Twitter API throws at us, not doing so will result in our program crashing on us.

So what’s next? I’m currently investigating the Lomax collections and the Amazing Grace collection as potential content to map and visualize. Stay tuned!